Junipurr has been a fantastic mom. Here she is with her new babies, born May 2, 2016: 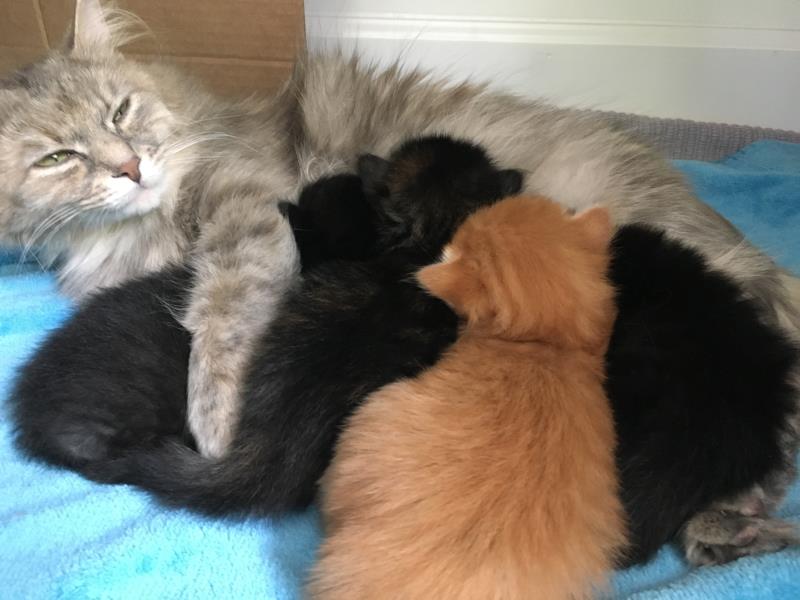 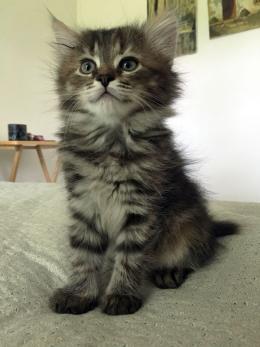 Cassie is the pioneer of the group, and she has a friendly and sunny personality. Always the first to explore new territory, Cassie loves a good adventure (especially if it involves climbing). She plans to continue her mother’s legacy as a fierce hunter. 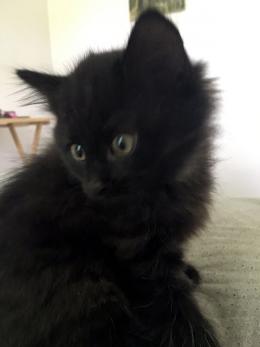 Ursula is a mix of sweet and clever. She’ll pounce on you when you’re not looking, but she’ll give you a lick to show she didn’t mean it. She loves to jump into laps to greet us in the morning. Her favorite activity is leg-climbing. 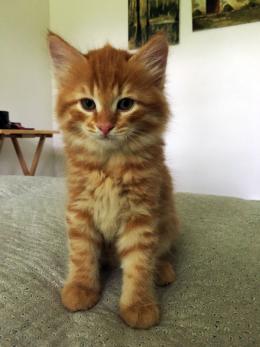 Leo is a charmer. His hobbies include lying on his back to solicit belly rubs and hanging out with his cool Aunt Kiska. 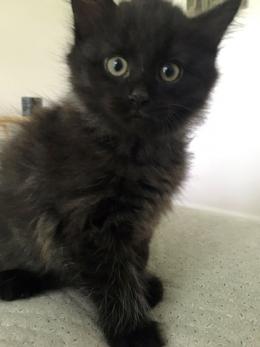 Percy takes a phlegmatic approach to life. He’s calm and easy going, and he loves a good daily nap (or five, or ten). But when he’s awake, he’s fierce on the battlefield—he can hold his own in any wrestling match.